And now, I confirmed Polyamory.

(1) Sex is a bodily function, not unlike eating food, talking, or playing computer games. So, not on the right, whether it is divine or pure. It is caused by a chain reaction of energies through parts of your body and your mind commanding your body to certain actions. Just as it requires special measures to eat food at the food table. However, in a Monogamous relationship, you may eat food with other people, talk to others, and play computer games with others. Regardless, sex with other people is PROHIBITED. Sex, because of playing games, food, talking and the like, is arbitrarily chosen as something to be shared. Why is this? Why should people be greedy and stupid? Even the dogmatics in the proclamation that it is “special”, “appreciation”, or “ONLY love”? No reason.

(2) In many Monogamous relationships, people are disadvantaged. The first and constant danger of a Monogamous relationship is unrelated sex. If you make a pact with your partner to be Monogamous, then you’re making the pact and breaking it is immoral (so don’t just run out of your house and have sex with the first person you meet). Gender … Why should it be prohibited? Why should it be divided only between the two? No reason. This uneshshed sex will, WITHOUT REASON, hurt people by keeping them apart. People harm themselves, slit their own wrists, cut off their own heads … sometimes these emotions explode when it is unwanted and someone is raped. The main, and inescapable, pain of Sexual Monogamy is that sex is unfilled, wanting to not be accepted, and all without any reason.

(3) The second danger of Sexual Monogamy is relative. In India, if a man dies, his wife must be burned alive at his funeral. In the Middle East, a woman cannot show her skin or she is burned alive. In ancient Rome, a man could fuck any woman he wanted, but a woman could only have one partner. Greedy human. (Humans say, “This is my house, my money, my children, and my wife – I have it and nobody can ever have it.”) In some relationships, EVEN TODAY, men reject their wives or girlfriends from communicating with men. or another woman for no reason to be jealous. Sex is the same damn thing. Sex, in this case, is also relative. Some cultures allow men and women to make love to whoever they want. But if you hold hands with someone other than your partner, they are killing you! It’s all about CONTROL, GREED and JOY!

(4) Further, I would like to say that women in particular have been oppressed by this form of Sexual Monogamy. Think about it … A lot of people these days say, “Oh, well, yeah, sure, Sexual Monogamy is logically stupid, but I feel it in my heart! Sexual Monogamy is true!” I will deal with the emotions and feelings of the Polyamory lifestyle later. Now, however, let me examine the stated rantings of Sexual Monogamy. People ‘feel’ Sexual Monogamy? Now, what kind of sexual monogamy is this? If someone in the West says: “You are dirty, dirty, and a prostitute if you have sex with more than one person,” how should I believe it when someone from the East says: “You are dirty, dirty, and a prostitute if your wife does not burn to death. when you die. “?

How can I accept both statements?

I can not. These are all what you developed and grew up in. A Middle Eastern man would say: “You are filthy, dirty, and whore if your wife is allowed to show her facial skin!” I can’t accept all of this. They are all DOGMATIC statements based on genuine GREED, DAMAGE, and human AMORALITY! One man said it was dirty and another man said otherwise dirty. And it all ends up in body bondage – you can’t do this because it’s dirty! Dogmatic!!!! 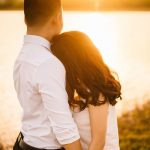 How Can A Couple Relationship’s Sexual Life Be Improved? 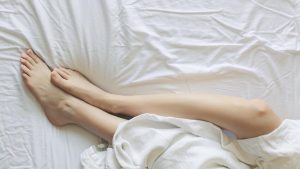